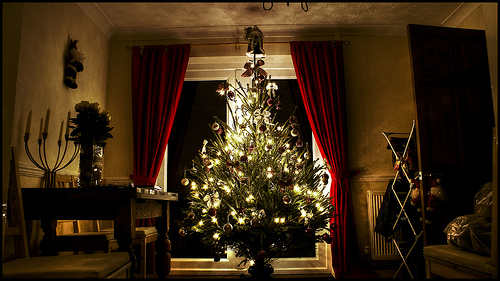 I'm a rootin' tootin' outdoorswoman now for real!
Yep, you heard me: I got me a new outdoors show on the Sportsman Channel called "Amazing America." This weekly program will celebrate the "red, wild and blue" lifestyle, all of our great country's amazing wild and free animals, and how to shoot, gut, skin, and eat them. Yee haw!
Me and the Duck Dynasty fellows - you know I'm such a fan - we have developed a secret handshake. It's why I keep running into them in public and getting our picture took. We are working on forming a whole new American Illuminati, but with shotguns instead of big wicker owls. It's radical, dude!
The Sportsman Channel has ordered 12 episodes for the first season, and I predict that they will order many more, and that for the second season they will pay me one million dollars per episode. I mean that's the deal I tried to strike with Lifetime, $1 mill per episode for the second season. But those fools dropped me instead of pay out. The Sportsman Channel, now, I'm betting those fellas have much better sense.
Plus, who's going to argue with me? I can wear camo pants and tote a high-powered long-range rifle to our contract negotiations and just claim that I'm dressed for set!
I'm pretty stoked about this, not just because it keeps me in the public eye, or because it keeps the money rolling in (funds are getting low) but because it helps shine up my reputation as the nation's first and foremost Redneck Mama. I may be turning leathery in my old age, but I can still shoot an empty beer can with the best of 'em!
Between you and me, I'm also looking forward to rehabilitating my image as a sportswoman. I mean, after that debacle in my Lifetime show when I couldn't shoot a caribou to save my soul, and my dad had to shoot it for me. That was not my finest moment. I don't know why I agreed to let it roll on camera. I have been trying to put it behind me for years, like that Thanksgiving turkey massacre debacle.
Well I'll tell you, this year not only am I not pardoning any turkeys because I'm not governor, I'll be hunting them instead! Or well, hosting a show where other people hunt them. I like taking photo opps on hunting trips, but the actual hunting? It's really boring and dirty and you get crappy cell phone reception so there's no texting. I'll be happy to be hosting from the comfort of a studio equipped with a full hair and makeup team!
< Previous post:


Taking the War on Christmas to public lands


Escalating the War on Christmas