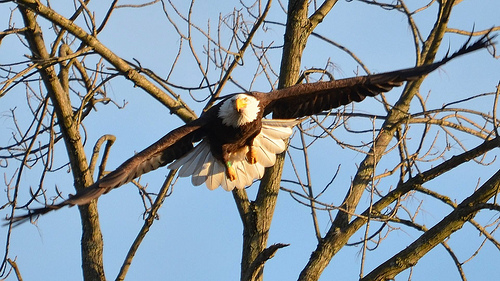 I'd never say never!
That lovely and charming woman Greta Van Susteren asked me if I was going to run for president in 2016, and I'm not saying never! I never say never. Because saying never means people won't shovel any more money into my SarahPAC, and then how am I going to afford my awesome wardrobe? Those $400 snakeskin pumps don't buy themselves, you know.
I had to do some tap dancing, of course. Because you and I both know that I am not a serious presidential candidate. Get real. It's way too much work, and you have to do a lot of travel to weird countries where I don't like the food, and people ask you a lot of annoying questions you have to answer. BLAH BLAH BLAH.
You and I know that my favorite place is as the star of my own television show, where I can't really do anything wrong, and I barely have to do anything at all. Just show up, look pretty, say some stuff, and collect a check. It's the perfect life! I don't know why I bothered to run for office in the first place. It was so much work. Can you blame me for quitting halfway through?
So I'm not saying never, but I am saying I endorse Ted Cruz and Rand Paul. Those handsome firebrands! Good fine upstanding white folks OOPS HA HA I MEANT CONSERVATIVES who will bring this nation back to its roots. Its white, conservative roots.
Heck, I'm even trying to sell my old giant RV. I pretended like it was because I hated driving the thing, but let's be honest. I don't drive myself. I have people to do that. I just couldn't afford the damned thing's gas mileage. Do you know how much it costs to fill the tank on that sucker? Wowser.
At the same time, I'm sad that I have to downsize. Which is why I would never say never to a presidential race. Get on stage, be charming, tell people what they should do, get tons of donations - what's not to love? Mama's got bills to pay, too! I can pay 'em with my speaking fees just fine. I get paid a ton of money for my speaking fees. Someone else writes a bunch of stuff, I get up there and read it, people cheer, I get a big check. It's the best life in the world!
< Previous post:


Neener neener, I told ya so!