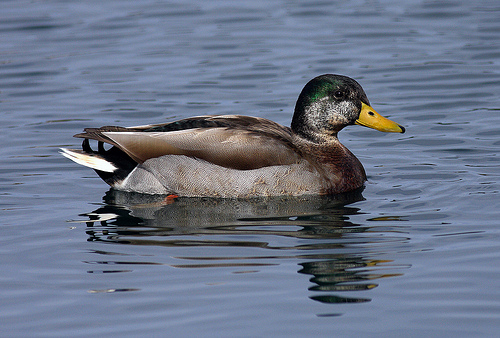 Don't look so shocked!
Now y'all know how much I love them Duck Dynasty fellers. I get my photo taken with them at every opportunity! They are the perfect example of "My People": super redneck and white and also super rich. Just what I want in a spokesperson!
Last week I'm sure you heard about the incredibly racist and homophobic things that the Duck Dynasty patriarch said in a magazine interview. And they got fired for it!
Now okay, when that Martin Bashir guy said something mean about me, I called for him to get fired. But this is TOTALLY DIFFERENT. Because I said so, that's why. This right here, this is a free speech issue. (That wasn't. This is. Because I said so, that's why.)
We live in America! Where anyone can say anything they want! And also, I'm backing homophobia in general. Remember when I made it a point to eat at Chick-Fil-A and wear their shirt after their big homophobic thing? Same deal here.
Some of you are saying that "free speech doesn't mean you get to keep your job." And believe me, I know a thing or two about that! But firing Phil Robertson is tantamount to squashing free speech in this country. Believe me, first they fire Phil Robertson, next the jackbooted thugs are bashing in your door at 2AM because you didn't use the right word for the holidays.
No wait, I mean, don't use "happy holidays"! I forbid it! Everyone must say "Merry Christmas" or else you are destroying the very heart of America.
Also, Martin Bashir deserved to get fired for what he said.
But this is totally different!
Oh man. Even I'm getting confused about what you are and aren't supposed to say. That's not the same as political correctness, though. Political correctness is when a liberal tells you what you can and can't say. Protecting the spirit of America is when I tell you what you can and can't say.
Some people thought that I should have distanced myself from ol' Phil's remarks. Like said something along the lines of, "I think what Phil said was wrong and desperately misinformed, but I support his right to say it." But come on, I don't deal in that kind of subtlety. One of my favorite people said something racist and bigoted, and I support them, end of story!
Besides, let's get real. You know who my followers are. Obviously they are in favor of racist and homophobic things. I'm just choosing sides, you know?
< Previous post:


Taking the War on Christmas to public lands