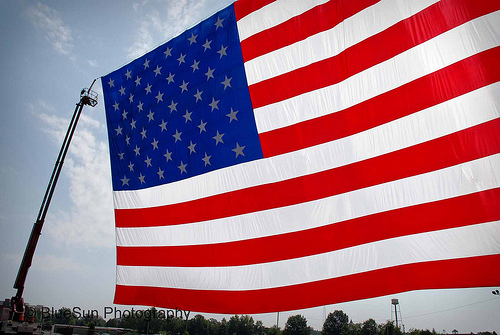 Money money money
A lot of people hate me but I don't care, because the people who love me will happily cough up $100,000 for me to ramble on at whatever speaking engagement they can dream up. In fact, thanks mostly to my crazy high speaking fees, I'm one of the highest paid public speakers in America. I'm up there with Al Gore and Richard Branson.
Heck, I've made $12 million since I bailed on being Governor in 2009. Now that's not all from my speaking fees, obviously. There's also my reality show, and don't forget all the time I spend as a FOX News special correspondent, giving my TOTALLY VALID and SUPER INFORMED opinions on television for money.
Basically I make millions of dollars every year, just by being me. Aren't you jealous? Well you should be! WINK!!!
Speaking of Al Gore, it's super cold out, which means I am contractually obligated, due to my relationship with FOX News, to make a joke about global warming. Well, not really a joke, because actual jokes take effort. I'll just say something snotty like, "How's that global warming doing for ya, huh?"
Look, even we ultra-conservatives know we lost this battle. It's pretty obvious that the planet's weather is permanently messed up and it's all our fault. We know people call it "climate change" not "global warming." We know that climate change is not the same as local weather. We know that heat just means energy that's messing the system up. We're not total idiots!
But we can't admit that we're wrong, because people hate it when you change your tune. They don't understand it. It upsets them. We put a lot of stake into resisting the whole climate change DEAL because it's bad for business, or oil companies? Or I forget why, actually. All I know is that we chose our side of the battle, and we're going to go down fighting.
So instead we keep trotting out the same set of sarcastic remarks. And guess what? People eat it up. I couldn't keep making "global warming why's it so cold" jokes if people didn't keep Liking it on Facebook whenever I did. Where do you think those $100,000 speaking fees come from? From regular old people who want to keep eating the same slop we've been shoveling. Heck, they even pay for the privilege.
So yeah, Australia and the rest of the world is basically on fire right now. And nothing like this polar vortex has ever happened before. But hey, global warming, whaaaaat?
< Previous post: