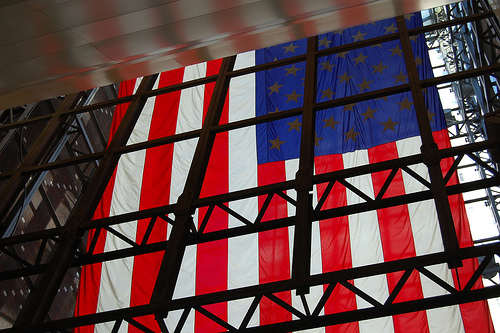 I love it when I'm right
Boy howdy, there is nothing better than being right. Even if it takes six years and it was just some random thing you said, it still fills my heart with joy when I turn out to be right. Especially - and this goes without saying - when I'm right about something that makes the liberals look bad.
I'm kind of enjoying us not running the country for once. Because this way, you can blame everything on the liberals. Russia invades the Ukraine? Obviously it's the fault of the liberals here in America! Why? Because I said so wayyyy back in 2008! I am that much of a forward-thinker.
I'm not usually one to Told-Ya-So, but I totally told ya so.
They called me "insipid." They called me "stupid." But who was right, hmm? I was! It may have been "an extremely far-fetched scenario," but it happened. I called it. I am taking 100% credit for it.
Not the blame, mind you. Sure, there are stuffs I could have done to prevent it. Maybe I could have made diplomatic relations with the current government, tried to help them correct the problems, worked together to discuss this Russia thing. Built bridges instead of burning them.
HA HA KIDDING. Why would I do that? Where is the fun in that, I ask you? You can't say "I told ya so" if you tried to help. You only get to say it if you spend the game sniping from the sidelines. I'm no dummy.
Now sure, you might say there are lots of times I got it wrong. You might say I'm ruining this nation with my divisive discourse. You might say I'm only in it to make a buck and I don't care who gets hurt. You might say those things, but why would you? I'm fabulous, and I happen to know a lot of state troopers who could make life difficult for you if I told them to. WINK!!!!
The only thing most people hate more than a sore loser is a sore winner. Well I don't care. I'm going to trumpet it to my kabillion Facebook followers: when it comes to Russia, I called it right. Through my vast and intricate knowledge of world politics, which I gleaned from reading all the newspapers and magazines every day. (Yes, all of them!) And if you don't believe me, well, that's your problem, buddy!
< Previous post: