Taking the War on Christmas to public lands

Taking the War on Christmas to public lands 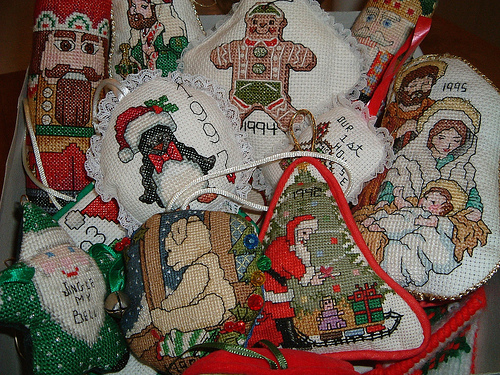 Jingle all the way to nation-wide privatization!
I recently shared one of my favorite anecdotes on my Facebook page. You see, back in the 1930s - we had evil atheists fighting us even then - horrible mean no-good atheists tried to ban a cross that commemorated the sacrifices of our veterans. The cross was on public land, but come on, it was the middle of the Mojave desert. Who cares, right?
Sure, those Godless heathens and also the U. S. Government claimed that they were just trying to protect our public land from being turned into a private forest of displays and demonstrations and random memorials. Like I guess you're not supposed to just decorate federal land to your heart's content. WHATEVER.
Priceless desert ecosystem, my sweet patootie! It was a war on Jesus, is what it was. Just because it didn't take place during Christmas, and didn't actually feature anything that was even remotely about Christmas, that won't keep me from using it as an anecdote in my "War on Christmas" archives. Nosirree.
I also used the phrase "tip of the spear." You like that? It's like "tip of the iceberg" but I used "spear" instead of "iceberg" so that you would think of Jesus, and His sacrifice. Some people might call it just another wacky Palinism, but I did this one on purpose, I swear.
In the 1930s they solved the debate by selling that small patch of land to a private citizen, so that it wasn't public land anymore, and the owner could do whatever they wanted with it. I think that is a good solution for a lot of these battles in the War on Christmas: privatize the property!
After all, as you well know, I am already in favor of the increasing commercialization of Christmas, because all those expensive ad campaigns just promote the cause (of Christmas). Without commercialization, how would people even know it was Christmas? The commercialization of Jesus' birthday is the main factor keeping Christmas front and center and in our hearts.
So it's just one small step to suggest that we privatize and commercialize everything. People complaining about Christmas carols in a public school? Sell the school! I bet you the Pepsi Elementary School wouldn't have a problem with religious-themed displays and Christmas carols. Heck, Pepsi pays a fortune for Christmas advertising already. They would probably just see it as another marketing coup. Win-win!
< Previous post: