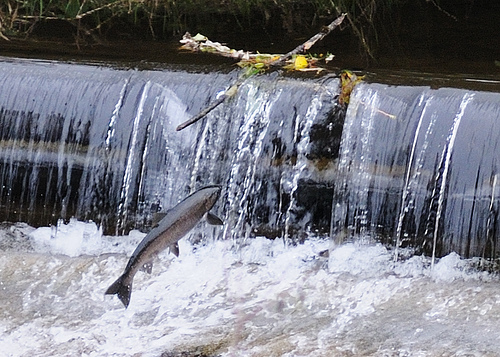 I decide who does what with their life
You know me, I love policing everyone else's life. Whether I'm telling the children of random strangers that they should eat more cupcakes and less broccoli, or telling women that they should go fishing instead of taking selfie pictures of themselves in the bathroom mirror.
What do you mean, women can fish AND take selfies? Don't be ridiculous.
What do you mean, women should have the freedom to decide what they want to do with their time, instead of me dictating their pastimes? Come on now, y'all! Get real.
Now you might think that me knockin' on selfies was a prime example of hypocrisy, since I have gone down on Congressional record as being incredibly vain. I'm the one who dressed to the nines to go shopping at K-Mart. I'm the one who spent tens of thousands of dollars on outfits when the Republican Party gave me a credit card and told me to use it for business expenses. I'm the one who wears $600 heels on stage.
I'm the one who has made a whole entire living out of putting her face out there. Like being on FOX News is basically the most elaborate selfie of all time, if you think about it. Hey, have I mentioned today that I have a new TV show out? How about my book? Did you buy my book? It's not too early to start thinking about the upcoming War On Christmas 2014!
Where was I? Sorry, I got lost there for a second. Lost in my own reflection. It happens.
But it shouldn't happen to other people! They should be fishing. Not hunting birds, not driving 4x4s, not mountain biking. Fishing. Because I said so, that's why.
Some people like to encourage young women to push their envelopes past their comfort zone. Not me! I prefer to berate people into doing what I say. It's more fun that way. For me.
And to complete the circle, I posted a fake meme that you can share with your friends, with a picture of me… well okay I'm not holding a fish, like I said women should do. But I'm clearly engaged in some kind of fishing-related activity, that's the important thing.
Is it just as vain and useless of me to post that picture as it is for women to take selfies? LOL who cares! I don't. Have a cupcake, before they get outlawed on Obamacare.
< Previous post: