The War on Christmas starts earlier every year

The War on Christmas starts earlier every year 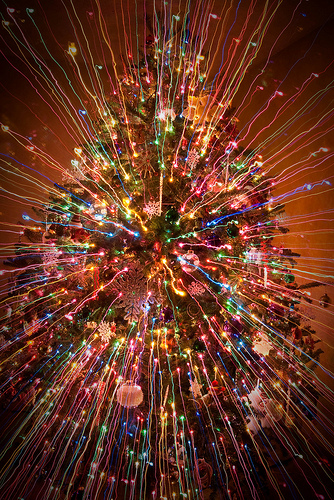 Where's my crosshairs graphic?
It's not even Halloween yet, and I'm already having to post a call to arms to fight back against the Scrooges and Grinches who are trying to steal our Christmas fun by enforcing the separation between church and state. What a bunch of jerks!
By the way, did you know that I wrote a new book about Christmas? Let me position it front and center in my Facebook post so that you don't forget. My new book (available at retail bookstores near you) is all about how to fight back on the War on Christmas.
Except that my publisher decided "War on Christmas" sounded too forceful and violent, so we're going with "protecting the heart of Christmas" instead. Doesn't that sound nurturing and gentle? Not as haranguing as I usually am. I wasn't wild about the change, it's not really my style, I mean, where are the crosshairs? Where's the overblown rhetoric? But you know, whatever, I get it.
So anyway, a school decided that it shouldn't sing Christmas carols that mention Jesus, because that's too much church in school. You know how I feel about this: I think it's the work of Satan and will be heralding the imminent collapse of society and subsequent Apocalypse. Which is to say, I'm totally in favor of it, because I know that Yours Truly is on the side of the righteous and will be sucked up to Heaven. So bring it on, jerks!
But I still feel it's important to fight back against this grave injustice which even though okay it's court-mandated and pretty solidly been upheld by the Supreme Court, I still think it's wrong. If I had my way, we would have Jesus and God and the twelve Apostles all over school, not to mention government buildings, and public places like airports and town squares.
People say that "America doesn't have an official religion" and "religion has no place in public spaces" and "forcing a sanctimonious Pentecostal form of Christianity on everyone is rude and wrong-headed." I mean, Satan says that. Through people. Mean people. Let's be honest, this country has no room for atheists or Muslims or whatever crazy-ass thing they do in Japan. We don't even have room for Jews. You may notice that I pay a lot of lip service to supporting Israel, but A) that's because Israel is important to my Pentecostal beliefs about the End Times, and B) I think the Jews should go live there. (It's THEIR country!)
So bring it on, grinches and scrooges and haters! I'm locked and loaded and ready to marshal my people against anyone who opposes this most holy war of singing carols and decorating stuff. Tis the season (to kick some ass)!
< Previous post:


So I don't know what a DVD player is! Big deal!


Step up to the "Barrycades"!