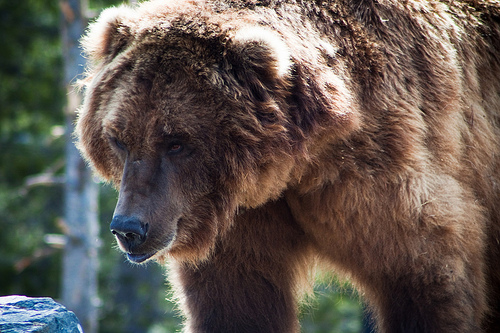 What's in store for my next half century?
I celebrated my birthday last week in case you missed it. Didn't really make a lot of fanfare about it, unlike everything else that happens in my life. I only acknowledged it after the fact. But I made sure to mention that I had dessert, because you know that's kind of one of my things, people eating cake, instead of that mean old Michelle Obama who wants everyone to eat broccoli.
(Dang though, her arms are amazing, aren't they? I don't look half that good in a tank top.)
(Also, Chris Christie is a super fat pig man whale and it means he can't run for office because who would take a fat guy seriously?)
(None of these facts are related. I'm just saying, people should eat cake and not broccoli, and fat people are sick and wrong. I don't know what is so confusing about these opinions.)
Ted Cruz made me a cute, funny little birthday card video. I mean, I guess. I basically got the man elected to office, and the best he can do for my birthday is a glorified e-card? I was expecting a new Escalade at the very least. You know, a more fitting tribute from one of my most loyal citizens. But it's okay, it's fine, whatever.
Anyway, I'm old now, I guess. I don't feel old. Heck, Ronald Reagan was just getting going when he was my age. But it's different for women. We have to legislate and look good doing it. And let me tell you, those four inch pumps don't work as well for my 50 year old ankles as they did a decade ago.
But if I'm not pretty, then what am I? I'm one of those ugly women, I might as well be a liberal. I made my bank on being "Alaska Barbie," and there is one truth about Barbie: she does not get old. The older I get, the less people notice how hot I am, and maybe the more I notice what I do and say instead. That could be a problem.
But hey, that's a problem to solve another day. In the mean while, I got me a television show to run! And don't tell anyone, but I'm working on another book about the War on Christmas. Well I mean, I hired a ghostwriter to work on it for me. I don't write my own books, silly goose! I'm way too important for that kind of thing.
< Previous post:


Hmm, how can I bring people down before the Super Bowl?